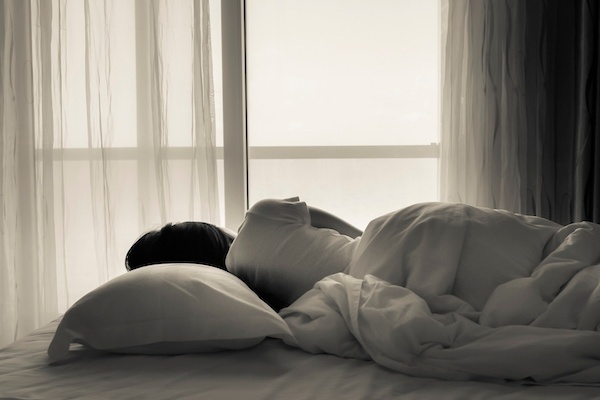 Sleep as a spiritual practice

Sleep is something that I have been in a battle with for as long as I can remember. When I was younger, it worked out well for me, it was cool to stay up all night. Gradually, I began feeling less cool, I was tired all the time, struggling to keep up with my school work and make it anywhere on time.

I saw a doctor who suggested meditation. A great suggestion, but at 15 years old, I thought he was full of nonsense. Things became worse as I got to university. Because the timetable was much more flexible, I was able to sleep when I wanted. This wreaked even more havoc on my body clock, to the point where I was having to record lectures in case I fell asleep at my desk. After a particularly horrible exam period, I requested sleeping tablets. I reserved them for exams, important tests, and days where I needed my brain to be its sharpest. I only took half at a time and it certainly solved the problem, but I knew it was just a temporary solution.

Once I finished my undergraduate degree, I never had the prescription refilled. I decided that I would embark on the journey of fixing my sleep problem once and for all. I knew that my dad only slept a few hours a night, maybe five on a good day. I had read that about one percent of the population has a genetic mutation that makes them able to function perfectly well on so little sleep, so perhaps it was all hardwired in my DNA.

However, the key part of that sentence is ‘function perfectly well'. I was not doing so well. I noticed that my ability to sleep was tied heavily to my mental health: when I was struggling with depression, my sleep deteriorated too. A chicken or egg dilemma. Everything I had seen in the media about depression was that people slept all the time. I had no idea that having trouble sleeping could also be a symptom.

I tried everything, meditation, sleep teas, baths before bed, lavender pillows, tart cherry supplements, no screens after 8pm, new pyjamas, even a new mattress. I would have a couple of nights of good sleep and think I have finally mastered the routine; I had finally cured myself. It would all come crashing down when I would I follow every step meticulously and still have a terrible night's sleep. I was always frustrated, it was hard enough functioning without two consecutive hours of sleep, but knowing that you sacrificed an extra episode of the office, or that afternoon coffee and it was all for nothing? It all seemed terribly unfair. This cycle went on for years.

Earlier this year, I signed up for a free trial of a popular meditation app, which sent me daily notifications on how to stay present. At first, they start out feeling motivational, but as your week becomes more stressful, it begins to feel like they're mocking you. One morning it said something along the lines of ‘try brushing your teeth with the other hand, see how it feels'. It was supposed to make you present in a moment that is profoundly mundane. See the thing is, I don't have any fingers on my left hand, so this suggestion was particularly laughable. That moment led to a realisation: these big, cookie-cutter solutions aren't going to work for everybody, I began experimenting with things that worked for me, regardless of what the literature said.

The final breakthrough came when I saw Rachel Cargle (incredible writer and activist) refer to sleep as “a spiritual practice” on her Instagram story. All the cogs started spinning - I thought of all the other activities I consider spiritual practice; yoga, meditation, long-distance running. Some days yoga is beautiful, tuning in with my breath comes easily, poses seem effortless, but other days the frustration reduces me to tears. The same goes for running, I could follow the same pre-run routine, eat the same foods, do the same warm ups, run the same routes, but I can still have a great run one day and an awful one the next.

It's something that I have come to accept, and now I've seen I can apply the same to sleep. My sleeping patterns continue to be erratic, but during a bad patch, I'm increasingly treating myself with more kindness. I will continue to practise; I will continue to improve.

Share via:
Previous article Rhubarb and Orange Frangipa... Next article Summer in the Organic Edibl...