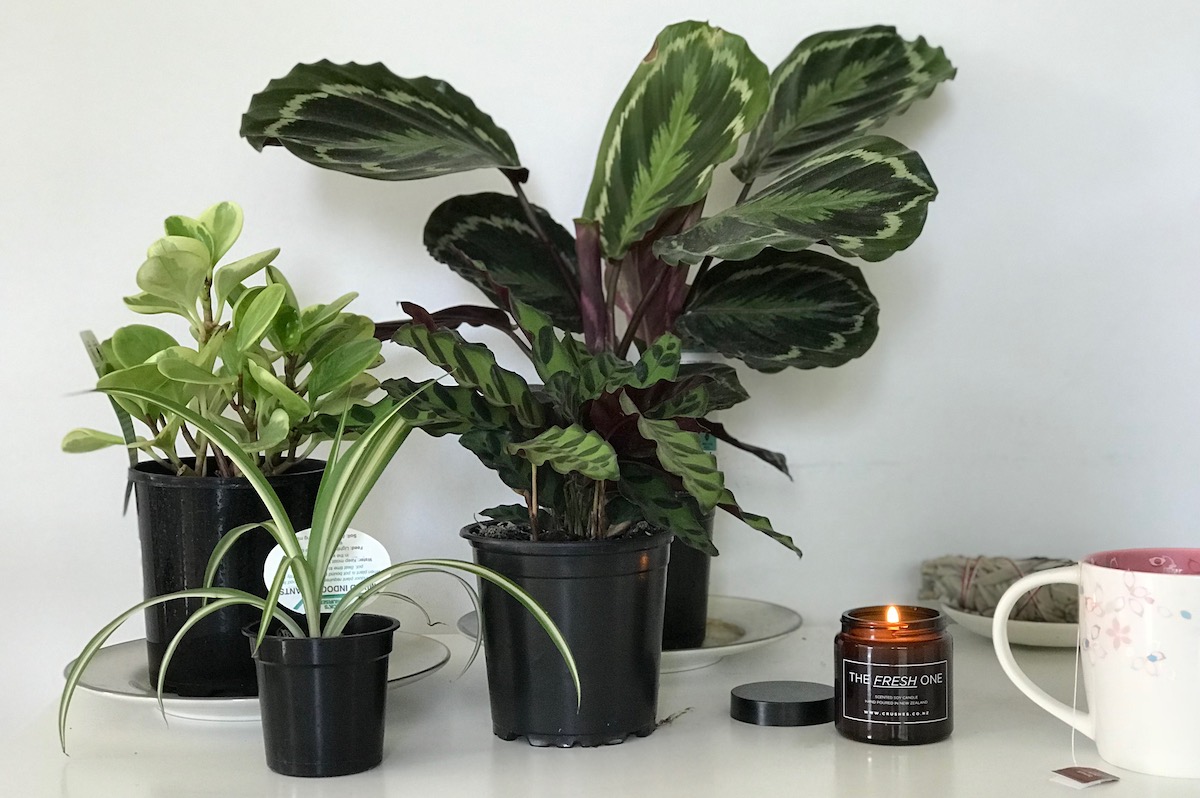 This year was big year for me. I moved out of the family home into my first rental with my partner. I've never been one to read Homestyle magazine or lust over perfectly collated knick-knacks on Pinterest, so I had few ideas in mind when it came to creating our new home.

My partner is trained as an industrial designer, so he has a strong opinion in this domain, choosing simple mid-century furniture that isn't going to date, unlike the blue velour statement couch I had in mind. The one thing we both could agree on was the importance of having greenery in our home. There's plenty of research to show that having plants can improve your mental as well as physical wellbeing. There was only one problem - I'm a serial plant killer.

I've had many plants over the years, and thought I was doing pretty well, until my mum moved away. I realised that she was in fact the one who was going above and beyond to care for the plants behind the scenes. I was riding on the coattails of her success, the truth was, I did not possess a green thumb, not even a green fingernail at this point. With each trip she made back to Auckland, she would smuggle out one more of her beloved plants, until there were none left in my care. I decided enough was enough, I was going to grow and look after something of my own, surely I would care more if they were my own.

I headed to Bunnings and bought a small selection of $4.99 succulents; the internet says they're the most resilient. Resilient is what I needed, something willing to make it through if for some reason I had a slip up. I stopped at an op shop to pick up some vintage looking mugs to home my succulents, I knew they probably needed holes drilled in the bottom, but that could wait until after I got the picture for Instagram. One week and a major thunderstorm later, I found my succulents sitting in a mug filled to the brim with rainwater. I knew it was bad, but they were resilient right? Wrong. Even after bringing them inside, two never recovered; slowly shriveling into something unidentifiable even to a trained eye.

With that catastrophic failure in mind, I thought this time I'd try something different. Maybe the succulents were too small, out of sight, out of mind. I asked my best friend for a Bunnings voucher for my birthday, and she came through. I did my research and found out that all the on-trend indoor plants I'd been drooling over on Instagram are in fact toxic to pets. Once I saw the price of a decent sized Monstera, the disappointment quickly dissipated. I made a list of interesting looking non-toxic plants and confidently headed back to Bunnings.

Once again, I was out of my depth. I even fell over some corrugated roofing while trying to decipher the Latin I had scrawled in my journal. Eventually a staff member saw me floundering and helped me pick - looking nervous, she offered me care advice at every opportunity. Deep down I think she knew by sending them home with me, she was sentencing these plants to their death. I placed them in a box and headed on my way, “welcome home, plants!” I've heard talking to them can help, and surely it can't harm them. I was willing to try anything at this point. Only time would reveal the fate of these poor experiment subjects.

Four months on, I have six plants that are thriving and three that have an unknown status, which in my opinion is still better than dead. So, I'm not ready to grow exotic plants in beakers from offcuts, but I have proved that even the laziest and most prolific plant killer can succeed. If you're looking for tried and tested, resilient, pet safe and ‘gram worthy' indoor plants, you can't go past the following:

Share via:
Previous article Help! My baby will only sle... Next article Plant medicine for your lif...