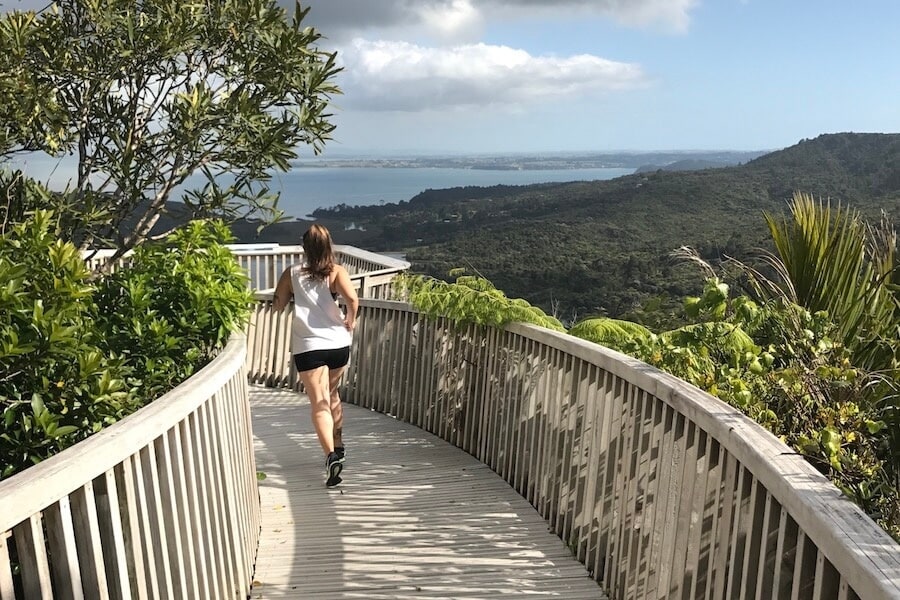 In December 2017, mana whenua Te Kawerau a Maki put a rahui on the Waitakere Ranges (Te Wao Nui a Tiriwa), in an attempt to save the remaining healthy Kauri. Despite efforts by the community and Auckland Council, the rate of infected Kauri in the last five years has doubled, now with one in five Kauri infected. The Council acknowledges that Kauri are taonga (treasure) to all New Zealanders, therefore, it's in all of our best interests to work together to protect them.

Like many indigenous cultures do, Maori worldview sees life as fundamentally interconnected, humans are not separate from nature. In western academia, this is a concept known as ecocentrism, where the wellbeing of the environment is considered equal to the wellbeing of the self. Kauri in particular are important - considered a rangatira species - as they play a vital role in supporting the forest ecosystem. The rahui is a sacred ban that includes both the physical and spiritual realm and can be applied in a range of situations. The rahui over Te Wao Nui a Tiriwa is in place to allow time for the forest to heal itself and return to ecological and spiritual balance.

Kauri dieback is a disease which is transmitted through spores in the soil, transported by humans and large animals like livestock. It affects the Kauri tree's ability to receive nutrients, resulting in death for almost all infected Kauri. There is currently no cure, which means controlling the spread is paramount to saving our forest giants for future generations. The council has implemented closures of high-risk tracks and upgraded some hygiene stations, but it voted earlier this year not to stand with Te Kawerau and a number of environmental groups demanding closure of the entire forest. The reopening of some tracks is in direct opposition to the wishes of Te Kawerau a Maki.

While there are some who are purposefully ignoring the rahui, there are many more who are simply not aware of the ban or how critical the situation is for Kauri. So this summer, I urge you to respect the rahui and help protect Kauri by spreading the word about the closure and taking advantage of some of the other great tracks the Auckland region has to offer.

If you're out west, there are some walkways still open that are safely away from Kauri, such as Exhibition Drive, Te Henga Walkway and Huia Dam Road.

If you've got the day to explore, there's an abundance of stunning walks on the islands surrounding Auckland, like Great Barrier, Rangitoto and Goat Island.

Share your Instagram worthy pictures with the hashtag #respecttherahui to show your support and encourage your friends and followers to do the same.

For an alternative, challenging weekend hike - take a look at the loop track around Mt. Pirongia

Check out the DOC website for more walks in your area, using the tool to filter location, dog-friendliness and wheelchair accessibility.

For more information about the rahui and what you can do to take action, visit waitakererahui.org.nz

Share via:
Previous article Rhubarb and Orange Frangipa... Next article Summer in the Organic Edibl...