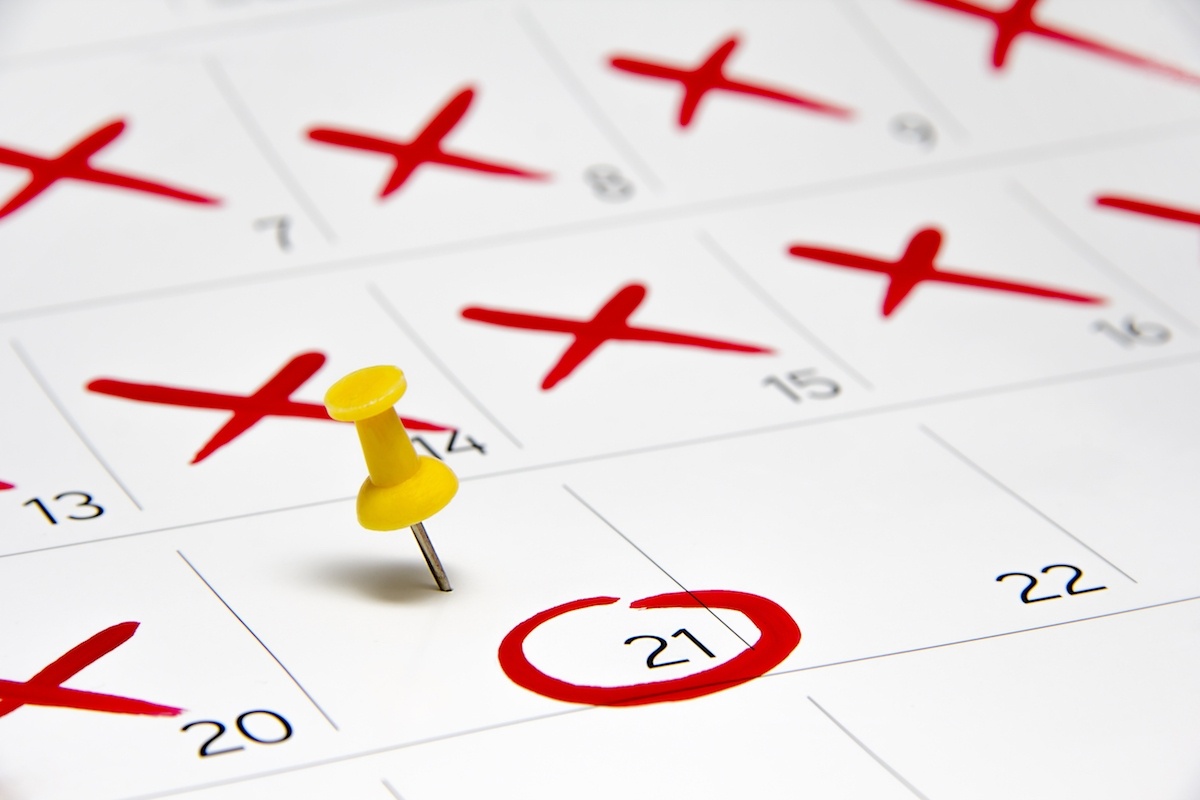 In 1960, plastic surgeon Dr Maxwell Maltz published a book on behaviour change called Psycho-Cybernetics. In it, he suggested that “it requires a minimum of about 21 days for an old mental image to dissolve and a new one to jell.” The book was a bestseller, and ‘21 days' was subsequently quoted as the magical benchmark for setting a new habit.

Therein lies the problem. Because it takes at least 21 days to form a habit, and if it's a challenging one for whatever reason, this can take much longer.

In fact, a study by Phillippa Lally - a health psychology researcher at University college in London - concluded that it takes 66 days, on average for a habit to stick and become an automatic behaviour. If this sounds like an eternity to you, take heart. The research also suggested that slipping up once in a while is ok. As long as you don't make a (ahem) habit of it. You can check out the study here.

While we're not psychologists, we have gathered together the tips we've used to help build new, positive habits that stick. Because as Aristotle said, ‘we are what we repeatedly do'. If you'd like some ideas for good habits to build this year, see these posts on teaching kids good eco habits and starting your zero waste journey.

Once you've made the decision to start a new good habit, you want to see results as soon as possible, right? To go from couch potato to marathon runner in a month, or from junk food addict to health food guru overnight - these huge goals will most likely set you up to fail.

That's because they require tonnes of willpower, which gets depleted pretty quickly, and makes you more likely to quit. The trick is to start so small that it hardly requires any willpower to create a new pattern. Slow and steady wins.

So, rather than switching your diet completely, aim to get another serve of vegies into every day. Instead of 20 minutes on the stationery bike each day, begin with five. Aim to establish a solid habit first, then increase the effort.

Being clear makes it simple

To build a seriously sticky habit, be specific. Research shows you're more likely to follow through if you've thought through the details around your habit. It's particularly helpful to think about where, when and what you're planning to do. So rather than vaguely saying ‘I need to meditate more', clarify your intention by saying ‘Each morning before I have my coffee, I'm going to meditate in the garden for 10 minutes.'

Chain yourself to change

Rather than focussing on your big, long-term goal instead plan to faithfully show up for your habit every day. Comedian Jerry Seinfeld calls this ‘Don't break the chain'. He used this method to write a new joke each day, and once he was done, he'd mark a red X on that day on a calendar. Within a few days he had a bright red visual reminder of the consistent effort he was making. Grab your own calendar put a marker pen or highlighter next to it, and start creating your own chain. Simply focus on not breaking that chain. You may find that longer your chain grows, the more motivated you are to keep it going strong.

Linking the habit you're building with one that's already automatic is called ‘habit stacking'. Start with an established habit and add the new one. For example: ‘After I brush my teeth, I will do 20 squats'. Or, ‘Before I read my book each night, I will cleanse and moisturise'.

It's also important to create the space in your life for the new ritual to thrive by scheduling it into your diary or calendar - just like you would any other important commitments. And if you're worried that you will break the appointments you make with yourself, see if you can enlist a friend to keep you honest, by inviting them to join you.

This tip is about tweaking your surroundings to support better habits. At a very basic level, it means reducing the amount of energy it takes to make a better choice, or increasing the effort involved in following your ‘bad' habits. For example, if the sweet jar on the bench is derailing your healthy eating goals, try replacing it with a fruit bowl. Or if your aim is to watch less TV, try taking the batteries out of the remote - as long as it doesn't incite a riot in other members of the household!

Your alarm wakes you from a lovely dream at 6am. At this point it would be very easy for your brain to make excuses: ‘it's too cold', ‘I'll make up for it tomorrow', ‘I'm not feeling well'… And your hand hovers over the snooze button. But you've promised to meet a friend at 7am for a workout. So you get up, get dressed and head to the gym.

This kind of pre-commitment adds accountability. And because you don't want to let your friends/family members down, you're more likely to stick to the plan. Even when your motivation is flagging.

The last one is more of a mindset than a tip really. Give yourself a break - in the metaphorical sense, anyway. Most people are better at berating themselves when they fail, rather than rewarding themselves when they win. But research shows that celebrating progress supports motivation by activating the reward centres in the brain, and triggering positive emotions like pride and a sense of accomplishment. These feelings reinforce good habits and encourage you to build on your good work in the future.

We'd love to hear from you about how you make good habits stick. Have you tried any of the above ideas, or do you have your own tips to share? Please get in touch.