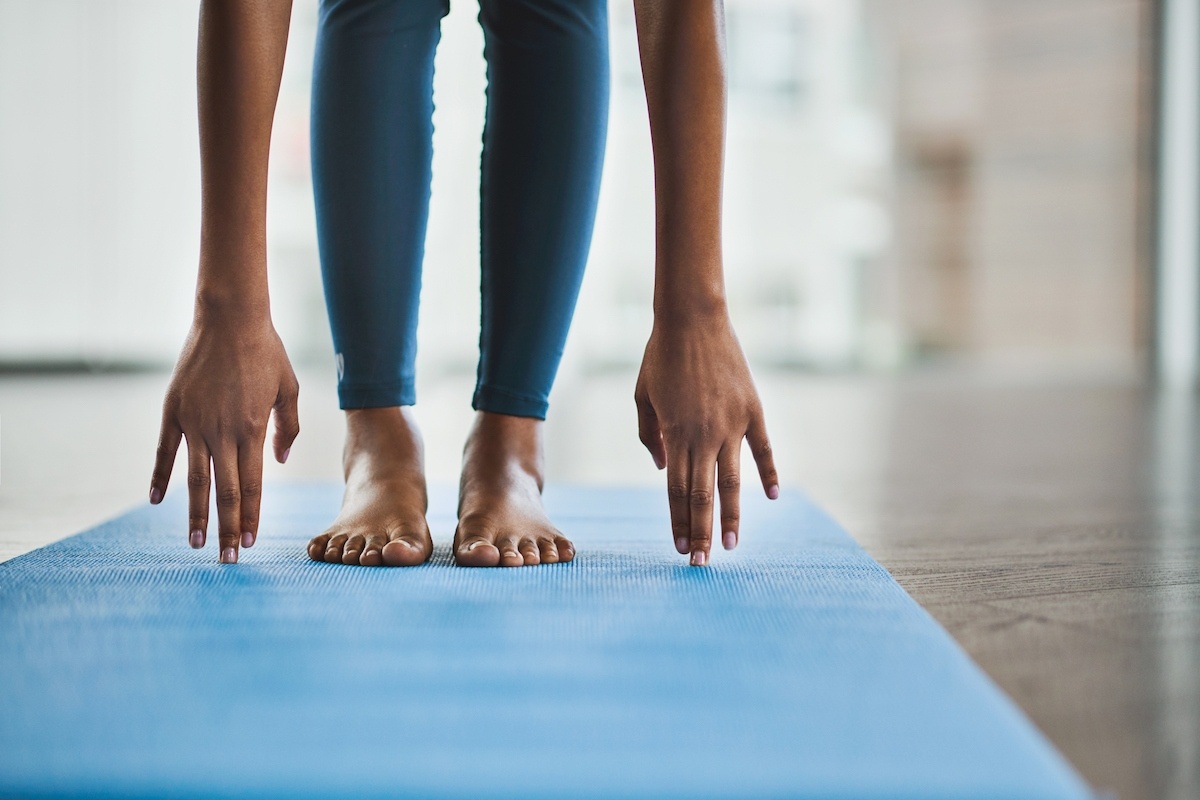 I’ve always liked the idea of yoga. When I was 17, I begged the teacher of my local adult community class to let me join, explaining that I was a very mature school student. The façade was shattered from the first class, where I was utterly unable to control my giggling.

When I started running a few years later, I brought yoga back into my routine, albeit somewhat sporadically. It was when Instagram was really taking off, and I was constantly consuming images of thin white women balancing effortlessly on their hands, their bodies twisted into endless varieties of dizzying shapes. I practiced every opportunity I got, holding my breath long enough to get the shot.

It wasn’t until I injured my ankle, that I really began leaning into the teachings that yoga had to offer. I began going to classes once a week and gradually built it up to a few classes a week, where my schedule would allow. It’s something that I find myself dipping in and out of over the years, but I always come back to it.

During the first lockdown in Tāmaki Makaurau Auckland, Mahi Yoga offered free online classes to frontline workers - I jumped at the opportunity. I had recently left my old studio, due to a feeling of exclusivity that was no longer appealing - I wanted to be part of a community that cared. With the executives working from home, we set up in their offices for lunchtime classes, roping in whoever was around.

Yoga once again became a core part of my routine, making sure I made at least one class a week - which continued right up until the end of 2021. I started 2022 with a commitment to return to a yoga practice, but with starting a new job 25 minutes away from the studio and Omicron knocking on our door, it just did not eventuate. I’m an ADHD Aries, there is nothing that hooks me in like a challenge - so when Mahi Yoga announced they were doing another 30-day yoga challenge, I was all in. Running for the month of March, we had 31 days to complete 30 yoga classes, either online or in studio.

I initially vowed to complete one class every day, so that I wouldn’t have to play any catch up towards the end - but I soon realised that the reduced classes on the weekend would mean that life might sometimes get in the way. I set up my mat outside on the deck, it was my dedicated space, rain or shine. By day four, I was already regretting my decision. My shoulders were aching as they readjusted to holding me up in every pose that once felt familiar.

At the end of week one, struggling with motivation, I decided that for the rest of the challenge I would do primarily morning classes. This took some planning, especially on the days I had to be in the office by 8:30, but it left me free to flop onto the couch when I got home from work. On one of those mornings, an older woman proclaimed that she was finding the challenge easy. But as it turns out, she already has a daily practice that spans two thirds of my time on earth. I can’t include here what my first thought was, but my second was to return to my breath. Progress.

My grand total at the end of the month was 34, with one missed day and a couple of bonus evening classes on the days I worked from home. My physiotherapist of seven years said she has never seen me so mobile and I noticed that the early mornings were getting easier.

Unfortunately, as I write this, it’s been almost two weeks since the challenge ended and my mat hasn’t seen much of me since. I was under no illusion that this would become a new daily habit for me, but I had hoped for a little more consistency. But that’s the thing with yoga. They call it a ‘practice’ for a reason.